Hello and welcome to another flash fiction story, where in exactly 100 words, I’ll pull you into a story. This one’s for Friday Fictioneers 15 January 2021.

Photo description for my blind and visually impaired readers: This is a stage, dimly lit, with sound equipment on it.

This story is based on the September, 2008 Chicago Senior Idol competition, which my amazing dad won in the vocal category

Ron strode onto the stage to take his position at the microphone in the Chicago Senior Idol competition. Several hundred audience members, including his competition and judges, applauded.

Decades ago, he emceed at Mangum Chateau seven nights a week. His daughter grew up backstage and inherited his gift of improvisational humor. Now, he imagined her amongst the crowd, sending him love, wishing for him to win.

While singing “Unchained Melody,” he sent happiness and good will to everyone. He threw himself into his performance, adding expansive gestures and well-honed showmanship to his performance.

Ronda Del Boccio is an award-winning and best-selling author of both fiction and nonfiction. She has been mostly blind since birth, but she never lets that stop her from doing what she wants to do. She tells transformational tales and helps visionary authors turn their dreams and imaginings into published books. See and order Ronda’s books on Amazon at Amazon..com/author/rondadelboccio.

Ronda Del Boccio is a blind psychic, medium and author living in rural Missouri with her gorgeous golden retriever Leader Dog Diva. While she cannot see the visual world as others do, she sees what most do not. She is the award-winning and Amazon bestselling author of They All Died Smiling (Reluctant Demon Hunter #1), The Peace Seed: Personal and Global Transformation through Storytelling, The Story of Impact, and I’ll Push You Steer: The Definitive Guide to Stumbling Through Life with Blinders On. Her short stories, poems and articles appear in over two dozen anthologies across four continents. She has also won awards for her singing, teaching, cooking, and translation of a medieval cookbook. As you can tell, her interests are diverse. Anything she wants to do or experience, she makes happen. Receive free stories, including the Forbidden Chapter of her latest novel, at https://InnerGuidanceOnDemand.com/freestories View all posts by Psychic-Medium-Author Ronda Del Boccio

This site uses Akismet to reduce spam. Learn how your comment data is processed.

What is your quest?

They All Died Smiling

This is a 100-word story based on an IRL experience with my #GuideDog at a dock. Geese were involved. Inspired by a photo #WritingPrompt

The Sights of Paris

Enjoy “The Sights of Paris,” a 100-word #FlashFiction story based on a photo #WritingPrompt based on a real-life trip to Paris.

“Rubbing Dead Nobles” is a #flashfiction story based on a photo #WritingPrompt. Enjoy! It’s based on a trip to London my mom and I took when I was 12.

“Enjoy “Dark Blue with Red and White Stripes,” a #FlashFiction story featuring Kassidy from They All Died Smiling as a girl. #WritingPrompt

“Let the Torture Begin!” shares the jo9ys of me going to the eye doctor. #FlashFiction piece based on a photo #WritingPrompt

Ronda on the Social web 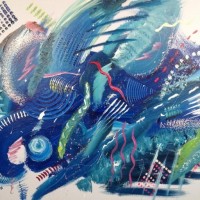 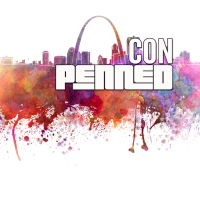 LISTEN to the Magical Stories Podcast!

Grab a Band-Aid & Keep on Crafting!!

Sharing stories and discussions for readers to enjoy and writers to sharpen skills.

This, That, and The Other

Growing older is inevitable. Growing up is optional.

Walking adventures, spiritual detours, and a quest for a dog

Howdy! We're the largest independent bookstore in Texas. This is our blog.

Bringing Authors and Readers together for charity